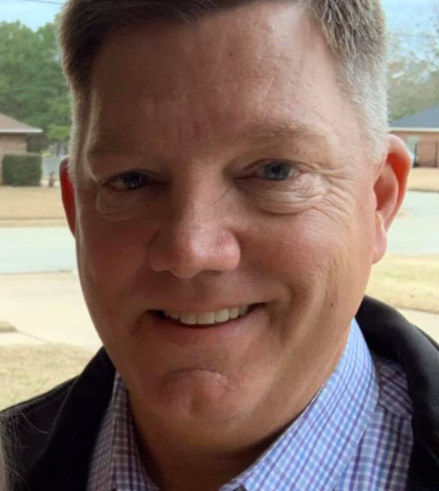 Hello everyone. I am Larry W. Swinford, and I would like to thank each and every one of you for electing me as the president of TAVTI.  I am looking forward to serving this great association for the upcoming year.

A little about myself . . . I have been employed by the Smith County Sheriff Office for the last 34 years, assigned to the East Texas Auto Theft Task Force since February 2002.  I attended my first TAVTI conference that same year and became a member of TAVTI.   Since that time, I have served as Regional Director and served in each position on the TAVTI board.

The 2021 TAVTI Annual Training Conference was held in October at the Embassy Suites Conference Center in San Marcos, Texas.   The conference was a great success, which is largely due to our diligent members, and I was proud to be elected as TAVTI president at the conference. I would like to congratulate the outgoing president, Brian Johns, for his excellence in the position during the past year, as well as outgoing executive director, Randy Andrews, who resigned after serving 14 years in that position.  Many thanks to these two people for their hard work and jobs well done.  During the conference business meeting, Tommy Wooley was appointed as the new executive director.  Tommy brings decades of investigative experience to the position, and I look forward to working with him in his new role.  I would also like to thank the new executive board, and I look forward to serving with each of you this upcoming year in the fight against motor vehicle crimes.

Also, it is that time of year to start meeting with your local and state leaders in your areas to let them know who you are and what you do as an auto theft investigator or professional. This will help keep grants funded, and will also increase the likelihood that the monies collected on behalf of MVCPA are actually allotted to the organization.

I would also like to encourage all of you to get involved in TAVTI as regional representatives or board members as well as continue to actively recruit new members for TAVTI.

Finally, a cornerstone of my presidency has been oversight of TAVTI’s breakaway from the International Association of Auto Theft Investigators (IAATI) as its South Central Regional Chapter (SCRC).  The vote to leave as a chapter of IAATI was finalized on 2/9/22.  Please click HERE to read a special letter regarding the final vote.

Thanks again for the opportunity to serve as president of TAVTI.